From green banking to impact investing, aware_ presents an introduction to ethical investing

Post COP26, when assessing the current state of the financial sector, the familiar expression “put your money where your mouth is” springs to mind. As scientists and researchers become more knowledgeable about the fundamental impact the global economy has on the planet, banks and investors are increasingly forced to align themselves with the UN SDG goals (see below). With awareness amongst individuals and companies rising, there is mounting pressure on the need for movements such as green banking and impact investing.

Ready to invest your money with a clean conscious? aware_ presents an introduction to ethical investing.

According to the report Don’t Bank On the Bomb, German banks invested 11,758 billion dollars in atomic weapons in 2019. In the last four years, 2.7 trillion euros have been invested in fossil fuels. In response to these statistics, we have seen the emergence of sustainable banks; a form of banking that invests in sustainable initiatives and empowers consumers to take positive action.

When the economist Adriaan Deking Dura, the tax law professor Dieter Brüll, management consultant Lex Bos and banker Rudolf Mees gathered to form a study group to ascertain how to manage money sustainably back in 1968, it’s safe to say they were firmly ahead of the curve. These early conversations were incremental in establishing the Triodos Foundation – aimed at supporting innovative projects and companies – and by 1980 Triodos bank had been founded in the Netherlands. In 2004 Triodos had expanded to the UK, Belgium and Spain. In 2020 alone Triodos loaned £8.2 billion to environmental and social projects based in Europe and was successful in preventing 933 kilotonnes in CO2 emissions. Now one of the world’s leading green banks, Triodos focuses ethical investing on three areas: environment, culture and social. To take an example of successful impact, under its environmental endeavours, Triodos lays particular focus on the impact of farming. The bank only allocates agricultural loans to farms that are either organic or in the process of converting to organic production. These stringent guidelines have supported the growth of 32,000 hectares of organic farmland across Europe, which could produce the equivalent of 33 million organic meals a year and fed up to 30,000 people with an organic diet.

Tomorrow bank, a “social business” started by Inas Nureldin, Jakob Berndt and Michael Schweikart in 2018, asks itself two fundamental questions: how can we ensure a good future for us all? And what role does money play in that? In its effort to“use money as a lever for positive change” (Tomorrow), Tomorrow outlines growing food, designing mobility, and producing energy, as the three target areas which require drastic ethical investing. In 2020 alone, Tomorrow customers saved over 28 million euros in costs to society through reducing and offsetting CO2. By investing in green bonds – a bond used to raise money for climate projects – Tomorrow was able to support the development of hydro-powered buses, “the renaturation of the Emscher River in Germany’s Ruhr Region”, and back financing for wind and solar parks (Tomorrow). 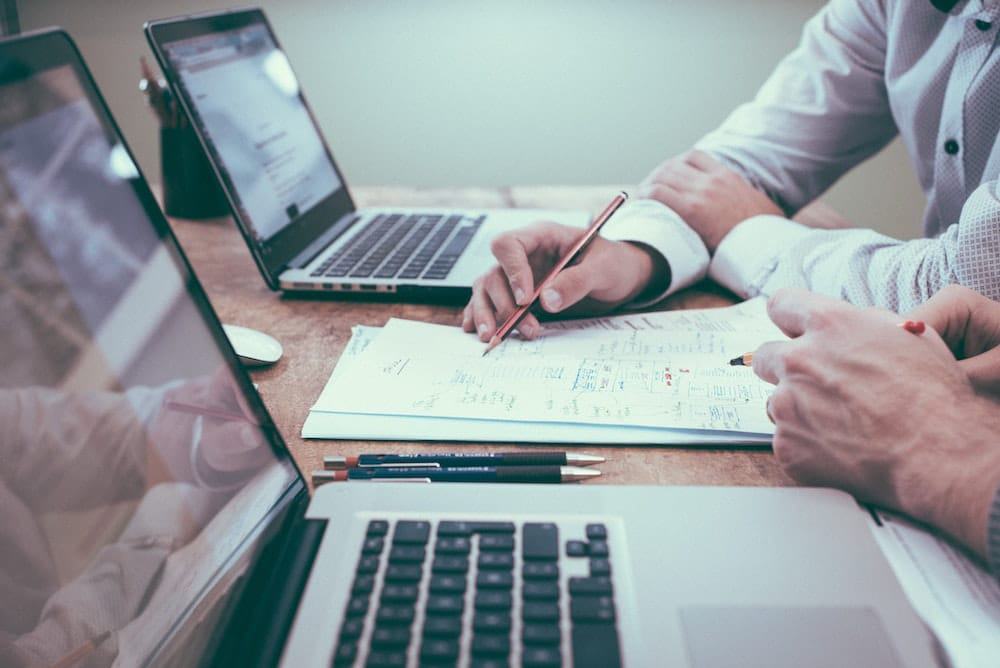 Emerging first in 2007, the term “impact investing” has gained traction in the world of finance. In simple terms, “impact investing” is a form of investing “that not only brings financial returns but also has a positive impact on society” (What Investment). Whether investing in renewable energy or in an organisation that provides clean water and sanitation, impact investing is both a philanthropic endeavour as well as ensures financial reward. On November 24th, aware_ was joined by NEXT Generation Investing and Chi Impact Capital for the aware_ x THE HUS.institute conference, two companies with impact investing at the core of their mission. 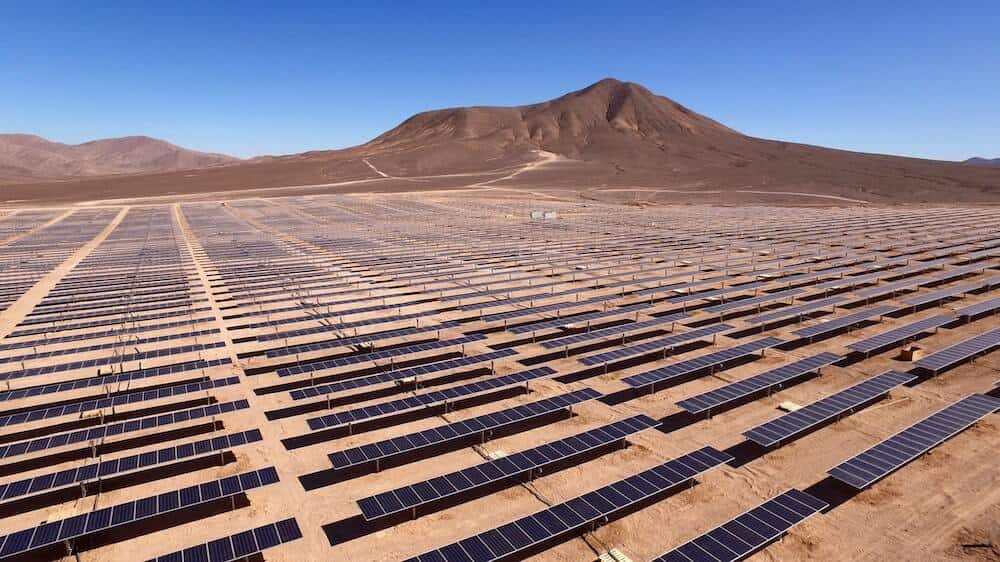 Whether impact investing in areas of education, affordable housing, or making financial commitments to improve quality of life, NEXT Generation Invest prioritises making a social contribution.

Staying true to its name, one of NEXT Generation Invest’s ethical investment projects addressed the growing need for housing for students at the University of Finance of the State of North Rhine-Westphalia. Especially aimed at providing housing for students from a low-income background, the build employed innovative methods of construction whilst also including the renovation of former barracks. With environmental impact at the forefront of building plans, the project was equipped with grass roofs, solar panels and even integrated nesting places for bats on the buildings, to encourage local biodiversity.

So, whether it’s impact investing in renewable energy or supporting organic farming, ethical investing provides people – with no experience in finance – with the opportunity to support environmental projects that endeavour to protect our planet, not abuse its resources.

On November 24, the aware_ x THE HUS.institute conference enters a virtual second round: The experts of the curated network of aware_ THE PLATFORM and THE HUS.institute provide a cross-sector insight into the future topics of Sustainable Cities & Circular Economy. Global brands and innovative start-ups from the fields of tech/AI, infrastructure and architecture will introduce themselves and explain their concepts based on unique lighthouse projects.

Here are seven innovative start-ups represented at the aware_ x THE HUS.institute conference that you should be aware of:

Intuitive AI helps companies make decisions based on a thorough analysis of extensively collected, relevant information. The start-up provides ESG data to gain deeper actionable insights into companies and markets ambitions towards a sustainable future. They combine multiple data sources to identify impactful patterns for deriving long term strategies and investments. Intuitive AI, through its analysis services and intelligent software products, provides actionable insights to identify trends, opportunities and risks, and enables companies to make informed decisions. The 2019 founded start-up consists of a multidisciplinary team with years of hands-on experience in developing intelligent technologies. Currently, Intuitive AI is based in Hamburg and Hannover. They are partners of KNIME and Telekom, among others, and collaborate with renowned research institutes.

Synhelion SA offers the most affordable, efficient, scalable and environmentally friendly solution for clean long-haul transportation: solar fuels. These fuels are synthetic and made from solar energy. They contribute to a zero-emissions transportation sector by directly replacing fossil fuels while being fully compatible with existing global fuel infrastructure. The technology reduces CO2 emissions in several transportation sectors, but also supports the decarbonization of heat- and fuel-intensive industries such as cement manufacturing and steel production through solar heating. This technology enables Synhelion SA to produce solar fuels at an unprecedented low price that competes with fossil fuels and is more economical than other synthetic fuel technologies. By working with world-leading industry partners, Synhelion SA is enabling various transportation sectors to dramatically reduce their immediate carbon footprint and develop a roadmap to complete carbon neutrality. 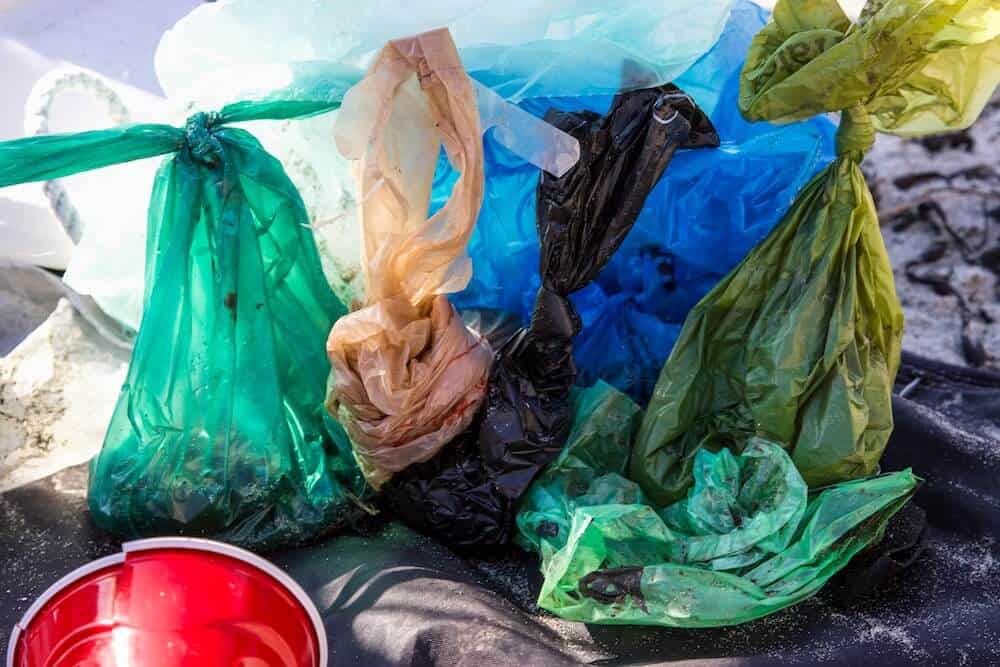 Plastic Fischer is a German-based social enterprise that develops cost-effective, low-tech plastic collection systems for rivers in developing countries. The start-up aims to reduce the cost of collecting plastic waste in rivers, making downstream processes financially viable and increasing recycling rates. With their TrashBooms, or floating barriers, Plastic Fischer has created a very efficient solution to stop floating waste in rivers and prevent it from entering the oceans. This approach allows the company to produce, repair and scale quickly in emerging markets. Currently, Plastic Fischer operates in Indonesia, India and Vietnam. The TrashBooms require no electricity, are manufactured locally and use materials available at the point of use. The collected plastic is then collected, sorted and processed at sorting facilities. All recyclable materials are reintroduced into the supply chain. In this way, the start-up company creates jobs in communities and boosts the local economy by producing its technology locally. Together with partners, the company moreover holds events to raise awareness and present alternatives to single-use plastic. 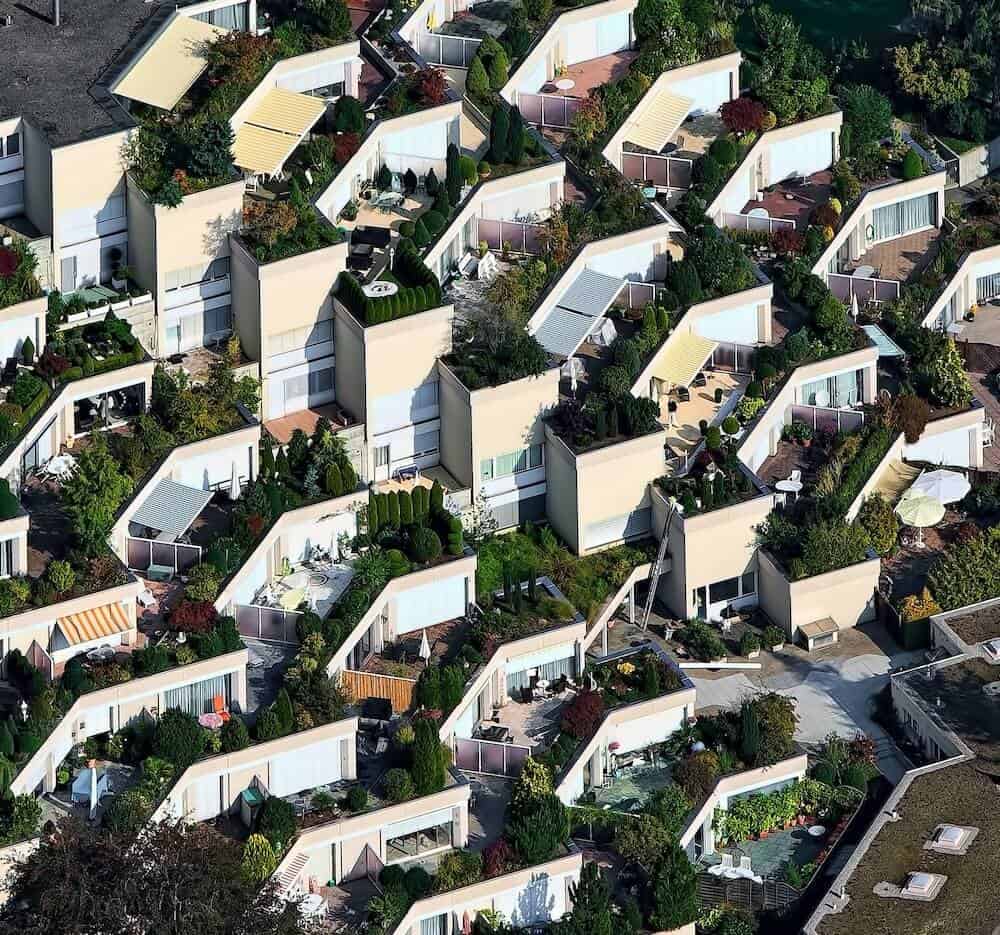 It is hard to imagine public debate without the topics of climate protection and environmental sustainability. The financial sector has a key role to play here, and has dominated the discourse in the financial sector for some time. However, the area of public infrastructure in particular is increasingly being lost from view in the debate about cross-generational equality of opportunity. Next Generation Invest have set themselves the goal of making selected real estate properties with an indirect and direct social added value investable for professional investors. Their Luxembourg special AIF (Alternative Investment Fund) invests exclusively in carefully selected properties with a measurable social impact and a long-term investment horizon. In doing so, the investment manager focuses on the investment priorities of adequate and affordable housing, high-quality education, preservation and promotion of quality of life, and real estate infrastructure of particular public interest. Founded in 2020, the startup pursues a vision of impact investing that is as sustainable for future generations as it is successful for investors.

Concular is an impact start–up founded in 2012 to transform the building industry according to the principles of circular value creation. Dedicated experts in architecture, software and sustainability simplify the assessment of material values in new and existing buildings and actively contribute to closing material loops by providing cost-effective, ecologically measurable and advisory services. Services range from digitization as a material passport, to cost-effective procurement, to deconstruction and measurable cost, waste and GHG emissions savings. Concular’s vision is to make the construction sector resource and CO2 neutral. They believe that data and digital information about the built and yet-to-be-built environment is a fundamental requirement for circular construction. For this reason, they have developed a software solution to digitize buildings and materials. The ultimate goal is to enable building professionals to reuse as many materials and products as possible instead of choosing new materials. In this way, the negative ecological impact can be significantly reduced and the economic benefits increased. 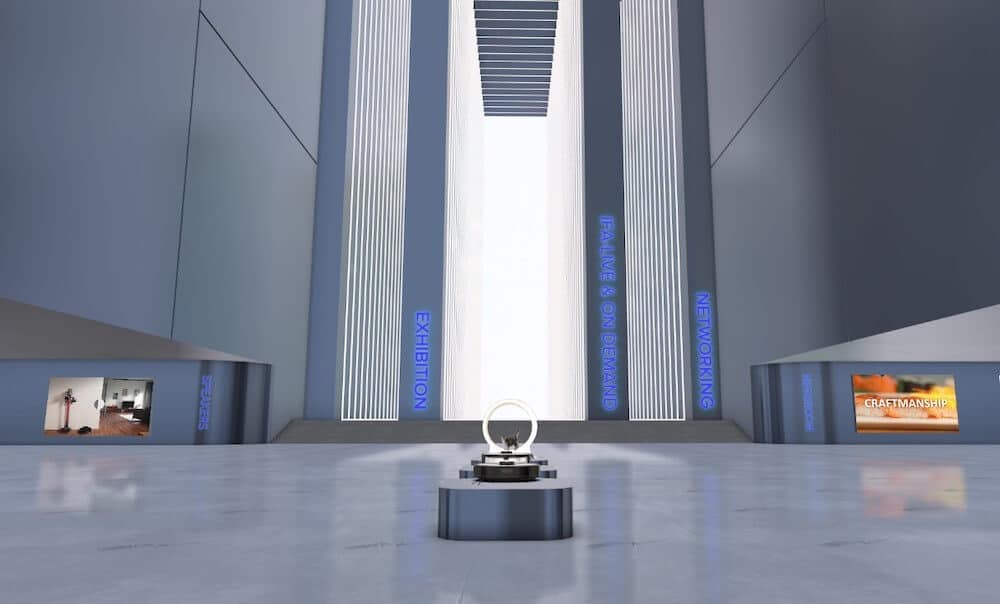 rooom AG is a global start-up based in Germany, founded in 2016. The rooom experienceCloud is an all-in-one platform for creating, managing and publishing interactive 2D, 3D, AR and VR experiences. It works across all desktop and mobile devices. Its capabilities include eventCloud for virtual and hybrid events; spaceCloud for interactive 3D spaces and showrooms; productCloud for 3D product presentation; and immerseCloud for augmented reality content. rooom’s eventCloud regularly hosts up to 200,000 users for hybrid events such as the IFA in Berlin and for global customers such as Porsche, Deutsche Telekom, DHL and E.ON. rooom has already received over 20 awards, including the Global Eventex Award, the Innovation & Excellence Award and the German Innovation Award.

Chi Impact Capital is an independent impact investment advisory firm. The Zurich-based start-up focuses on social and environmental value creation through direct investments in positive impact companies. These European companies are profit driven and provide transformative solutions in the following thematic areas: Circular Economy and Conscious Commerce, Green Innovation and Energy Efficiency, Affordable Healthcare, Food Safety and Security, and Smart Infrastructure and Transportation. Chi Impact Capital sees the need for a system transformation towards a regenerative economy, supported by a more conscious form of investing. The goal is to help qualified investors to make a place-based and profound impact in Europe while achieving both financial returns and key sustainable development goals.

Learn more about circular economy and sustainable cities firsthand at our aware_ x THE HUS.institute conference on November 24: Outstanding thought leaders, experts and start-ups of the field share their knowledge and exclusive insights, describing special projects and the ongoing evolution of circularity, sustainable cities, and its protagonists. Further information at https://tobeaware.on.expo-x.com.