aware_ talks to Dr. sc. Manuel Kretzer, Director of the Materiability Research Group, about the emerging world of materials and the role that smart materials and biomaterials will play

Whether it is recycled plastic from the ocean or organic cotton, the groundbreaking leather substitutes like alter-appa made of polyester and polyurethane, cork, or even apple skin – alternative materials are becoming more popular and common in the market. The fabrics promise lower environmental impact through reduced resource consumption with the same benefits of their less sustainable alternatives. The Materiability Research Group with associated Materiability Labs focuses on exploring novel material fabrication in unison with digital design and production processes. A particular emphasis is on adaptive or smart technologies as well as biological materials and their impact on our future environment. aware_ introduces Materiability and takes a look at smart and biomaterials and how they will impact the world of materials in the future.

Smart Materials So-called smart materials are playing an increasingly important role in the development of new, versatile, and efficient products. They are “controllable materials with exceptional mechanical properties” (Fraunhofer ISC). The materials are adaptive, i.e. they adapt independently to changing environmental conditions or change their properties specifically as a result of external influences, so that they are optimally adapted to their environment. The result: a high degree of functionality with simplified structures and thus completely new perspectives in product design. In addition, conventional materials can be replaced, and resource-saving solutions made possible – an intelligent response to the major challenges of our time: the environment, urbanization, energy efficiency, mobility and health. Smart materials also open the door for 4D printing, because unlike 3D printing, 4D printing uses smart materials (smart3; Evonik; sculpteo).

Biomaterials Biomaterials play an essential role in medicine today: by definition, they are “in contact with biological systems such as cells or tissues” (Fraunhofer IGB). The material is designed to interact with the body, meaning it is designed for a biological environment. Thus, biomaterials can restore function, support, enhance or replace damaged tissue or a biological function, and aid in healing after an injury or disease. Biomaterials are also used in less intrusive contexts, such as contact lenses and superficial wound care. They can mimic the mechanical and topographical properties of a natural cell environment to promote cell growth behavior and differentiation. In this way, biomaterials can create complete artificial tissues. The materials can be natural or synthetic; metals, ceramics, plastics, composites, glass, and even living cells and tissues can be used. They are often biodegradable, and some are even bioabsorbable, meaning they are gradually excreted from the body after fulfilling their function. The first historical use of biomaterials dates back to ancient times, when the ancient Egyptians used suture material made from animal tendons (NIH; Fraunhofer IGB; Biolin Scientific).

Other biomaterials such as mycelium or bioplastics are used outside the medical context, e.g., in the clothing industry or architecture. In this context, bio refers to production from renewable raw materials or their potential biodegradability or both. The term is used for a variety of different types of polymers. In the literature, bioplastics are considered those that are biodegradable and/or made from renewable resources (i.e., biobased) (WWF). Mycelium, for example, is a natural fungal material that has been explored in recent years – in addition to its widespread use in the apparel industry – as a potential material for building blocks due to its strength on an industrial scale. Once dried, the fungal fiber becomes incredibly durable and resistant to water, mold and fire. Conventional building materials such as cement, steel and plastic pose a threat to our environment. The production of bricks from mycelium has the potential to become a leading building material because it is non-toxic, insulating, and completely natural while being 100% organic, compostable, and biodegradable (Rise). 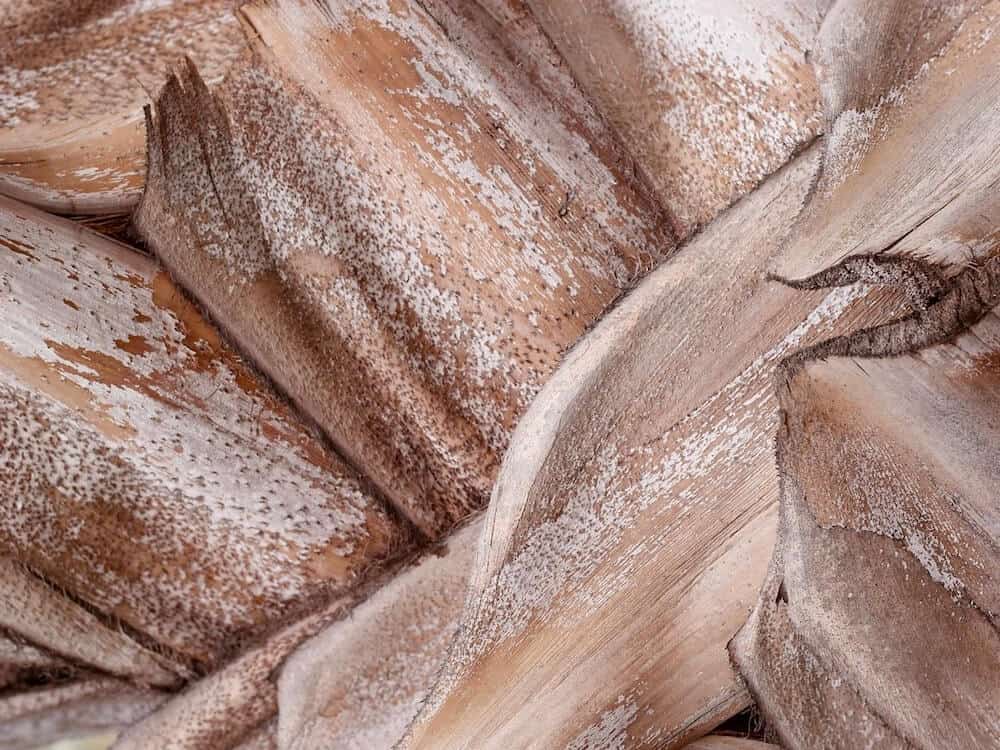 Materiability Founded in 2019, the Materiability Research Group focuses on research into novel materials manufacturing in conjunction with digital design and manufacturing processes. A particular focus is on adaptive or smart technologies as well as biological materials and their impact on our future environment. The term “Materiability” was first coined by Prof. Ludger Hovestadt in 2011 and refers to the wealth of possibilities arising from the synthetic production of new, active materials and the need for architects and designers to utilize and qualify their potential. For initiator Dr. sc. Manuel Kretzer and his research group, Materiability is about making, about understanding and actively learning about and from the world by physically engaging with it. It is about becoming active, not taking the status quo for granted, but instead speculating and dreaming about possible alternatives. Beyond that, it’s about communication, exchange and collaboration, about believing in a future shaped by our collective efforts, about inspiration and open, unrestricted access to information, about trying out ideas and visions, and about possibilities from which new things can emerge – a playground for exploring tomorrow. Manuel Kretzer initiated Materiability in 2012 as an attempt to bridge the gap between design and science. What was initially conceived as a platform for accessing new material developments quickly developed into an international community with nearly 2000 active members at the end of May 2017. Since then, Materiability has been split into research and education: All information on www.materiability.com published in the projects, tutorials and materials sections has an educational character and is intended to help develop a common ground to communicate across the mostly disparate scientific and creative fields.

aware_: In which fields are smart and biomaterials used?
Manuel: The use of smart and adaptive materials in products or practical applications is still rather specific but largely depends on the type of material and activation/response. Bi-metals, which change their shape in response to a change in temperature have since long been used in thermostats, electroluminescent foils were initially applied to backlight computer-screens, liquid-crystals are in almost any application where information is displayed but are also used for example in windows that change from transparent to opaque, phosphorescent materials find use in signage whereas thermochromics are often applied as indicators or sensors. Much also falls into the sector of entertainment or gimmicks such as color-changing clothing, mugs or toilet seats. However, I think there is still a lot of potential for such materials especially in the design of adaptive spaces, reactive facades, responsive surfaces, smart products, textiles or biomedical applications. The development is rather slow though since in many cases the materials’ scale and durability is not (yet) appropriate for larger architecture and/or design applications.

Biomaterials on the other hand, as we understand and research them at Materiability, as materials that are composed of biological resources and/or (largely) biodegradable, can be used in basically any context where a move away from petrochemical substances is of advantage. Most of all of course to replace single use plastics or foams for packaging or transportation but also in other scenarios and products where inherent biodegradability is desired. To us, the combination of such new materials with digital fabrication technologies, like 3D printing, is really interesting since it not only allows us to create something with zero CO2 footprint but also to reach a certain (formal) complexity.

aware_: Sustainable and alternative materials have a variety of advantages over conventional materials. What is the special feature of smart and biomaterials? Do these go one step further?
Manuel: Smart materials are essentially four-dimensional, meaning they not only have one state, like conventional materials, but behave over time and can change their appearance or properties gradually and dynamically in between pre-set conditions. A smart material can thus look or behave differently under one condition and another, for example dynamically turn from black to white when the temperature increases and accordingly reduce the accumulation of heat in an interior space – to give a very basic example. Also, since smart materials are systems that are in themselves closed, they are much less complex than traditional actuators, which usually consist of a multitude of mechanical parts and elements and are therefore also prone to failure and hard to repair. When a smart material in a larger system fails, you simply substitute that one element, whereas in a mechanical system you would first have to find and replace the malfunction component unless you also want to waste everything else. Essentially smart materials are “digital” materials like the chips in your computers or phones and thus much more interesting than mechanical components that are – in my opinion – remnants of the previous century. And finally, speaking about the difference between smart material and mechanical material behavior, the dynamics of smart materials is much more natural since their change is not linear but rather gradual. If you describe it as a curve, it is slower in the beginning, then speeding up and decelerating again towards the end, much like a natural organism, for example the opening and closing of floral petals.

aware_: What are important areas for future research on smart and biomaterials?
Manuel: This is difficult to answer since I think it very much also depends on demand and availability. For biomaterials, as mentioned before, it is definitely in anything where petrochemical alternatives are advantageous. Yet, traditional plastics are not per se evil, it really depends on the use and also durability. If you have a piece of furniture that lasts for centuries, then it is probably still more sustainable than if you would have to buy a new biodegradable chair every few months since it has been rotting away. Also, objects are not only about materiality but many other factors, such as (personal) value, too. So, if something is well designed or if you have a certain individual relationship with it, it will be much more sustainable and long-lasting, since you care about it, than something that inherently lasts only for a certain period. For biomaterials one of the biggest challenges hence is to program or design the duration of that biodegradability. If biomaterials are to substitute all traditional plastics, we will need a broad range of materials, from some that only last a few days to others that persist until you decide to discard them.

For smart materials I think that especially applications that interact with our body will become increasingly interesting, such as wearables or smart devices. But also smart home applications or the interiors of self-driving vehicles etc. basically anything where weight and reduced mechanical complexity is important. In larger, architectural contexts, I see a lot of potential in adaptive facades and building skins, which automatically improve the interior climate or reduce energy consumption. Scale and durability are factors that need further research and development but also a more general understanding for their four-dimensionality, that they are different from traditional materials and therefore should also be applied as such. And finally, I think we should focus on the inherent qualities of such materials instead of just using them to replace existing systems or structures, so instead of simply swapping incandescent light-bulbs with LEDs, why not completely rethink illumination as such? What about light-emitting floors, walls, ceilings or any other objects? What about walls that change their transparency instead of another louver or shading system? What about furniture or clothing that functions as screens or emits sounds instead of a multitude of individual objects for individual purposes?
I think a lot is also in speculating about possible future scenarios instead of trying to apply the same approach, which created our problems in the first place. So, rather than replicating the past, at Materiability we try to understand challenges, uncertainties and change as opportunities from which new can emerge and which allow us to radically rethink our current situation to develop ideas that diverge from the toxicity of our current consumer culture.